The Thai authorities have refused to allow the Italian tourist ferry “Costa Fortuna” that carries more than two thousand passengers to dock in its ports, due to fears of the outbreak of the new Corona virus (Covid 19), and the American ABC News reported that the Thai authorities She refused to allow this tourist ferry to dock in the port of (Phuket), due to the presence of 46 Italian passengers who left their country less than 14 days ago, which prompted the captain of the ferry to change its route to Singapore.

The American Network indicated that this refusal comes despite the absence of any evidence that its passengers are carrying the Corona virus.

Italy announced that the number of corona virus deaths has increased to 366, and 103 deaths in one day.

On Sunday, the Italian government announced the closure of cinemas, theaters and museums throughout the country due to the Corona virus.

The Italian authorities announced – yesterday – the number of infections with the Corona virus rose to 5883 cases, while the number of deaths reached 36 people.

Italy ranks second in number of deaths after China, which amounted to 233 people. The Italian authorities imposed a quarantine on millions of people in northern Italy, in the latest steps to contain the emerging “Corona” virus, which is pervasive in the country. 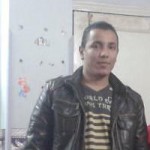